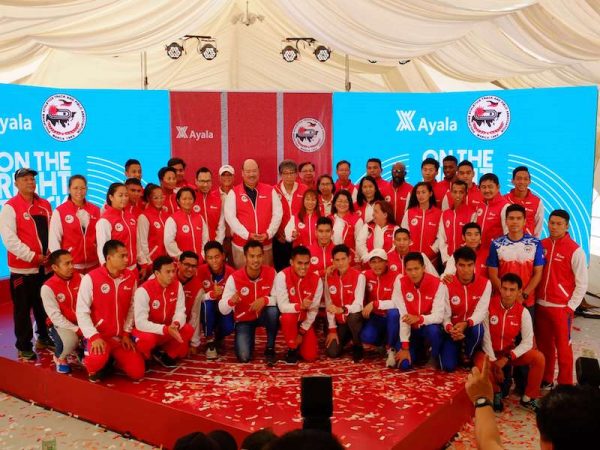 Ayala Corp. has reaffirmed its all-out support to the development and training of the country’s national track and field athletes, giving them full access to the facilities and resources of its newly built state-of-the-art Vermosa Sports Hub in Imus, Cavite.

Jay Teodoro, estate head of Vermosa, on Friday said work is not done yet with a grandstand soon to be built for the oval and billeting quarters for the athletes.

“We are also looking at building an archery facility. We have 800 hectares here and there’s a lot of space to develop. We are continuing our dialogue with other sports,” said Teodoro during Friday’s unveiling of the new home of the national tracksters.

The 800-hectare property of Ayala Corp. houses a brand-new track oval, the first nine-lane oval in the country and one that meets IAAF standards.

It’s an all-weather track of balsam surface, the same surface that will be used in the 18th Asian Games in Indonesia in August. At the center is full-size football pitch of natural grass.

There’s also an Olympic-size swimming pool, and soon to open is the 600-square meter Sante Fitness Lab, where the athletes can train.

“Ayala Corp. is spending time, money and effort because they want to do their share in helping our athletes. I am very thankful to Ayala Corp.,” said Patafa chief Philip Ella Juico.

Ayala also seeks to improve the athletes’ lives as we try to help expand opportunities for them to train better, perform better and compete better.

Torres-Sunang, the country’s long-time long jump queen, said at Vermosa, she would only need 10 minutes now to get into the training center instead of the usual three-to-four hour travel from Bacoor, Cavite to the Philsports Arena in Pasig.

“It doesn’t help my training. I spend hours sitting. It’s not good for me,” said the three-time Olympian, who at 37, remains as the country’s top bet in women’s long jump.

“Philsports is too crowded for us because it’s open to the public. It’s not conducive to training national athletes. There’s (human) traffic in the oval,” she said.

Ayala Corp.’s backing of Patafa should also encourage other private entities to put in their share in the country’s sports development program in general and pick one NSA (national sports association) to support in particular.

The eagerness to help improve the skills and international ranking of our national athletes has spurred the Ayala Group to do its part in helping Filipino athletes achieve excellence in their respective sports and succeed in various international competitions.

This website uses cookies to improve your experience while you navigate through the website. Out of these, the cookies that are categorized as necessary are stored on your browser as they are essential for the working of basic functionalities of the website. We also use third-party cookies that help us analyze and understand how you use this website. These cookies will be stored in your browser only with your consent. You also have the option to opt-out of these cookies. But opting out of some of these cookies may affect your browsing experience.
Necessary Always Enabled

Performance cookies are used to understand and analyze the key performance indexes of the website which helps in delivering a better user experience for the visitors.

Analytical cookies are used to understand how visitors interact with the website. These cookies help provide information on metrics the number of visitors, bounce rate, traffic source, etc.

Advertisement cookies are used to provide visitors with relevant ads and marketing campaigns. These cookies track visitors across websites and collect information to provide customized ads.

Other uncategorized cookies are those that are being analyzed and have not been classified into a category as yet.